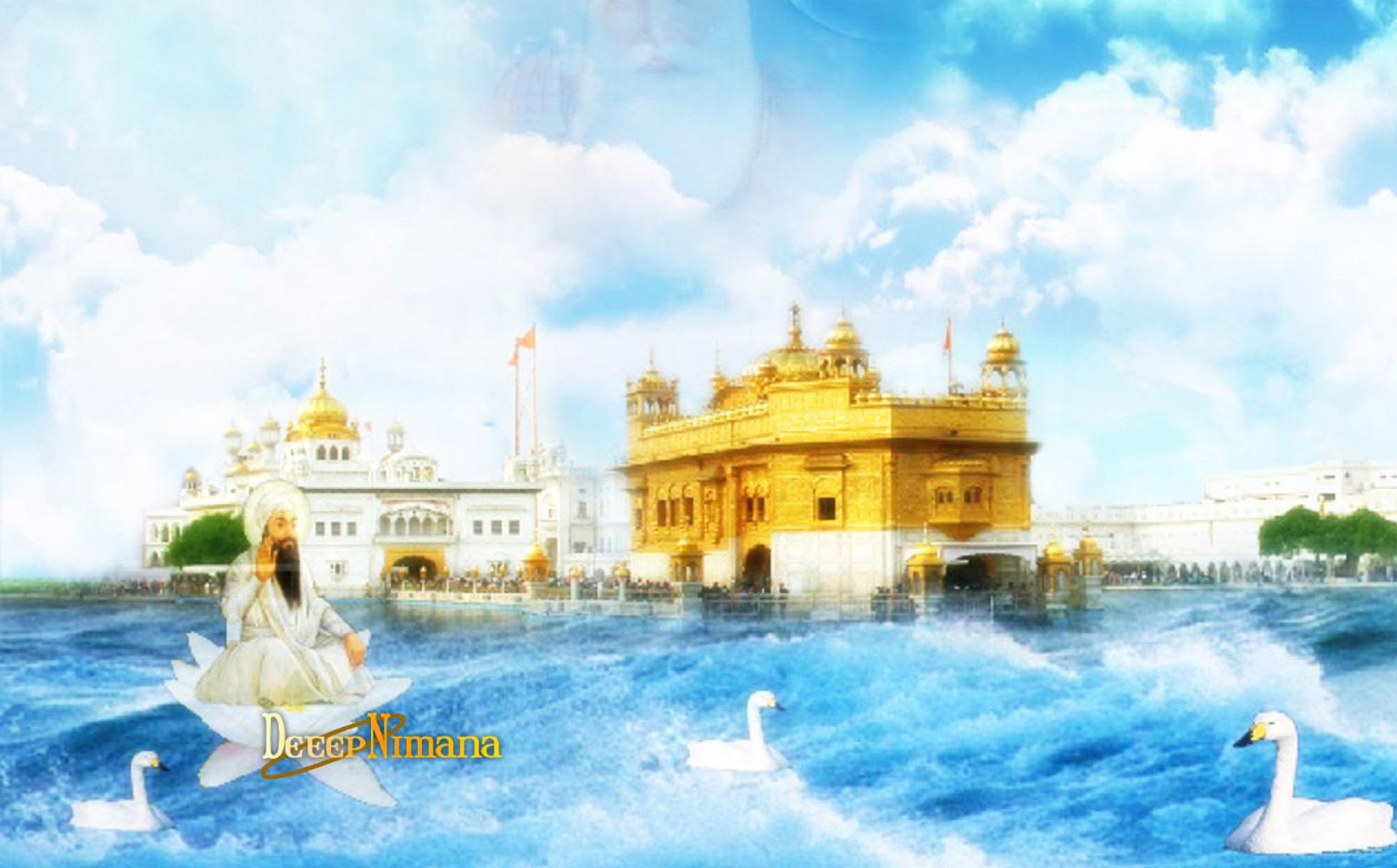 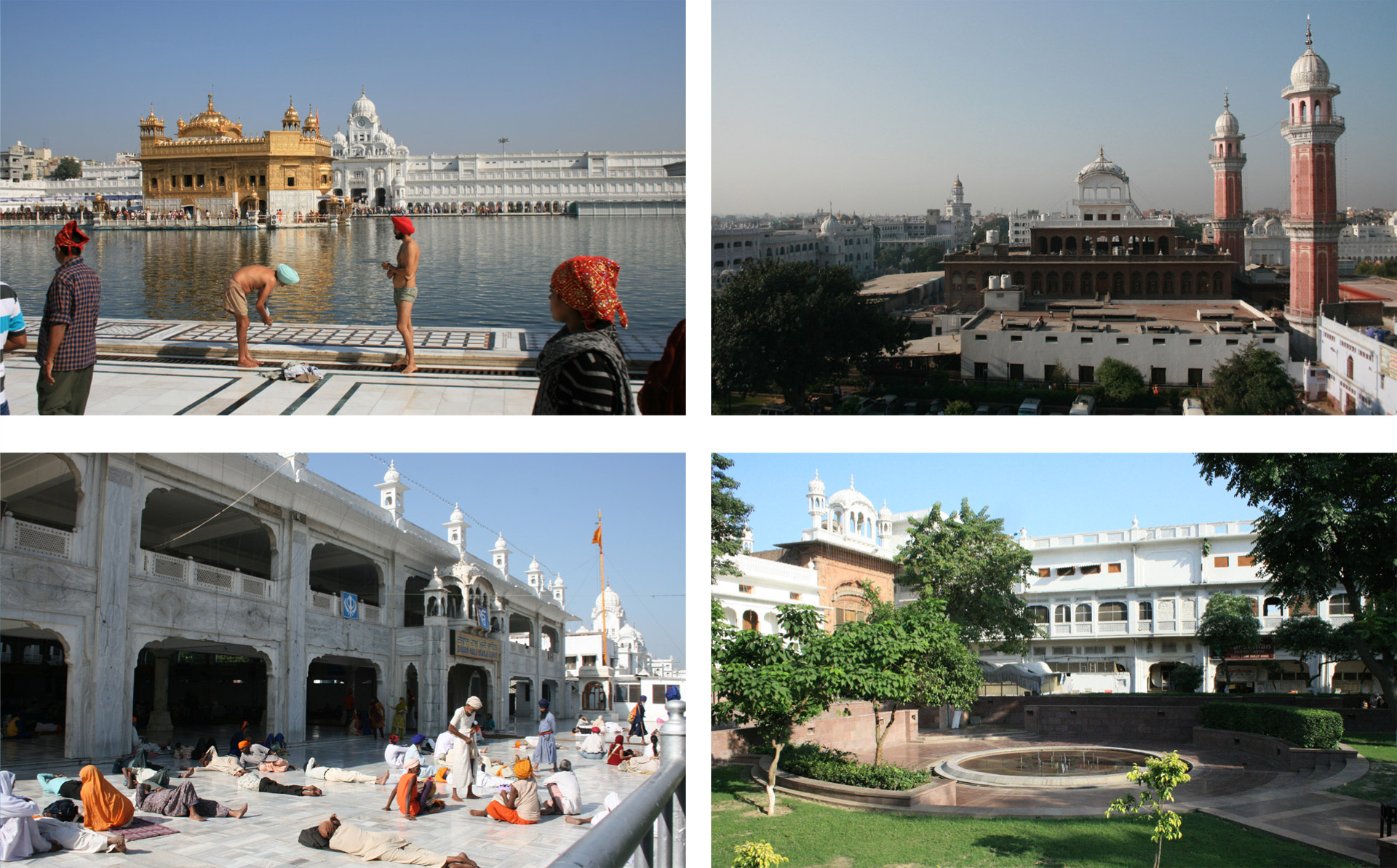 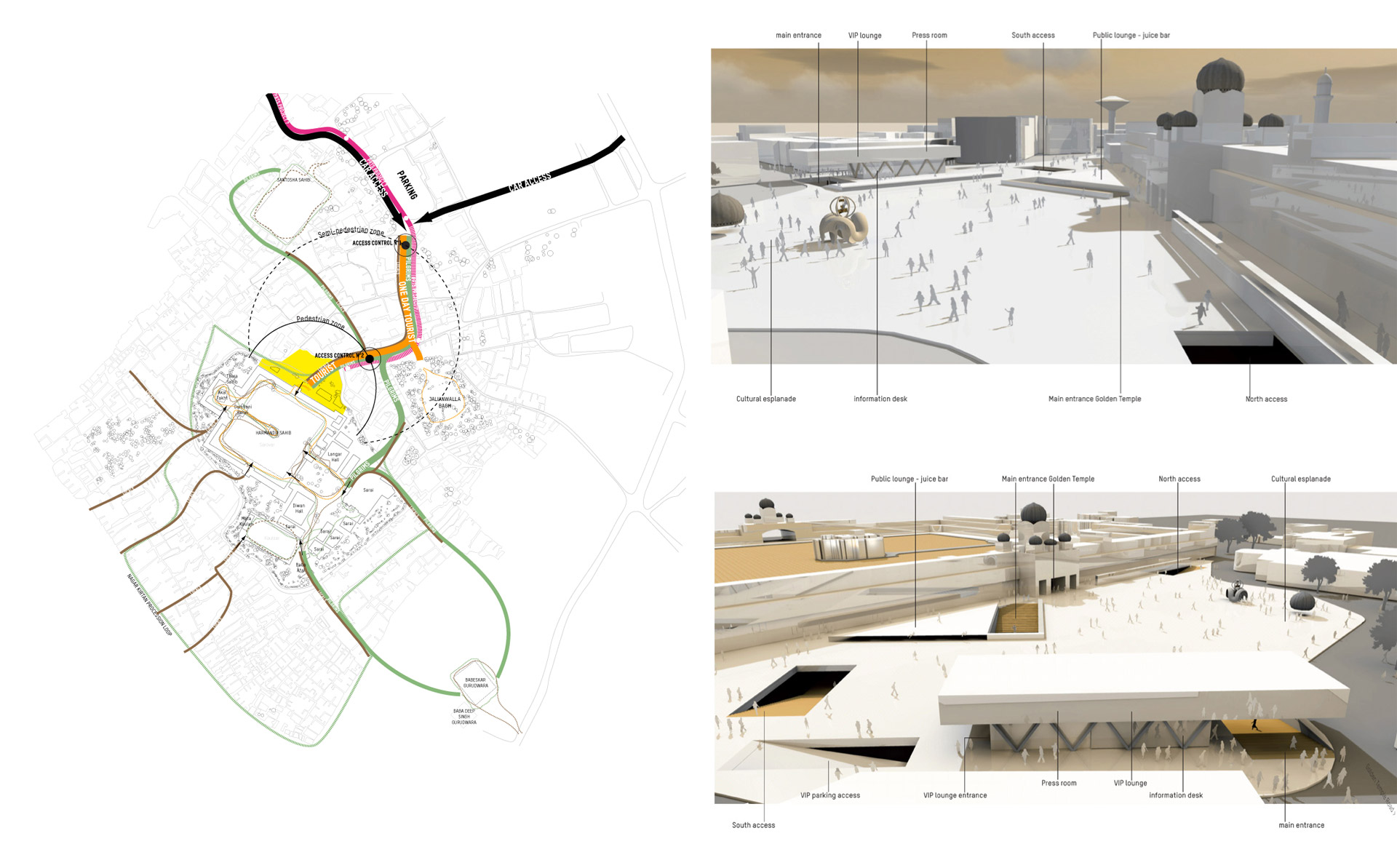 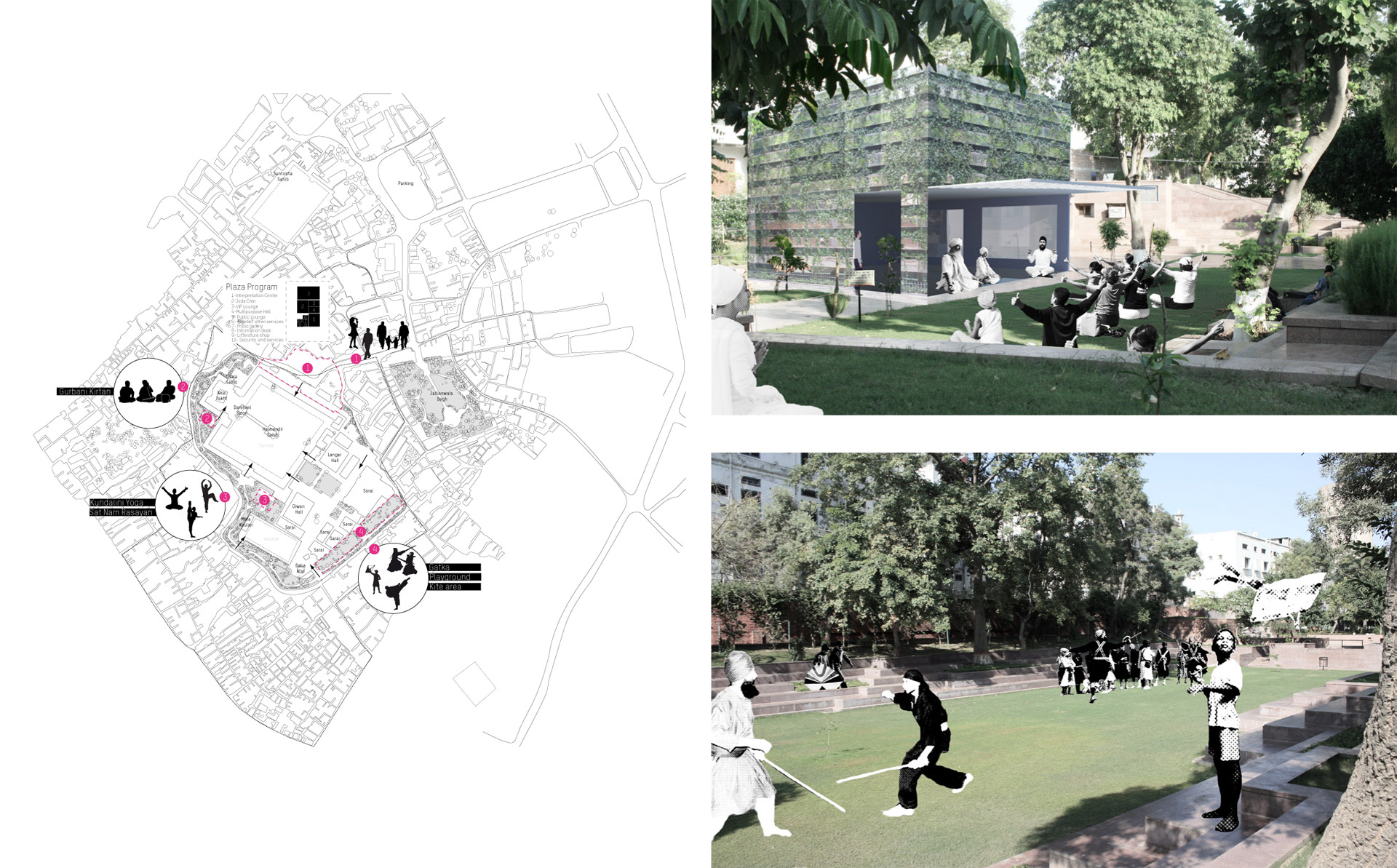 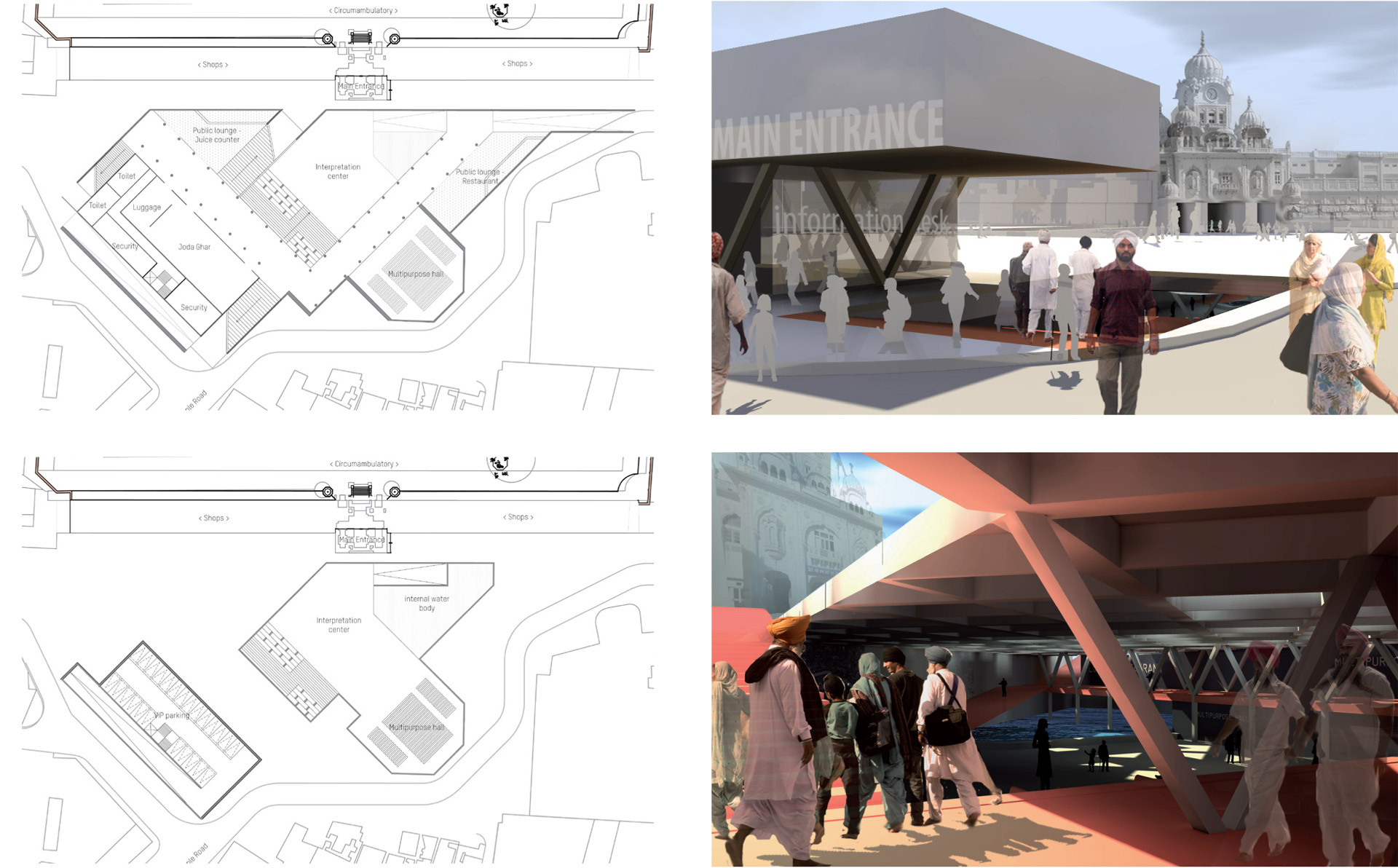 The Golden Temple lives in the conciousness of the City of Amritsar. The City grew around the temple for centuries solidifying the proximity in relation. In the recent past a green bufer space has grown around the temple, diluting this immediate connect. The buffer space has remained so and not grown to become a fully utilized public area. The plaza site is the last piece in the completion of the buffer loop around the temple. To enliven the park and open it up for tourists and locals alike, the plaza is seen as a trigger. Hence the park and the plaza together could form an extended network of public space which could benefit both the temple and the city. The plaza is proposed to be part of the open space network within the heart of the city, of which the Golden temple is the central force. Right from its conception, the plaza assumes a dual role of a setting or preludev to the temple and as a civic public space for the city of Amritsar.
In being a public space it needs to mediate the fine line between the temple and the city. While all the functions are taken into the lower plaza level, the plaza at grade is a valve between the congested streets and the resplendent Harmandir Sahib. The design of the plaza is thus a trigger to energize this composite network of civic, cultural and religious spaces.